Rikki Jai gets late call-up to join Kamla in England

Persad-Bissessar is current Commonwealth chairperson in office. She will be relieved in October by Australian Prime Minister Julia Gillard.

The contingent left Trinidad four days after Carnival and is scheduled to return next Monday.

Jaimungal, the inaugural beneficiary of a $2 million first prize in the Chutney Soca competition, said yesterday he will not be singing his winning and controversial composition, "White Oak and Water".

"I will be the chutney representative there so I won't be singing any 'rum' songs," he said.

"I have enough music to present one hour of work and sing nothing about rum."

Jaimungal said he intends to perform his successful 2005 song "Mor Tor", a version of which features Machel Montano, along with "Kangan Choraweh" and "Boleh Murugwah".

All three songs take their themes from Hindu wedding celebrations.

On Sunday, during a telephone interview, Jaimungal said he was not disappointed at being excluded from the list of entertainers chosen by the Prime Minister to accompany her to England to promote the country's culture.

He said he was originally contacted and told he had been selected to be part of the delegation, but noted he had no complaints after being subsequently told he could not be accommodated due to financial constraints.

"I was contacted by the Office of the Prime Minister to be part of the delegation. But I was later informed that due to lack of funding or sponsorship I will not be taken," he said in the telephone interview on Sunday.

He left at 5 p.m. yesterday from Piarco International Airport. The People of the Caribbean Community are deeply saddened to learn of the tragic and escalating loss of life which continues to be reported in the international media.  CARICOM joins the international community in offering its deepest sympathies to the families of those who perished and are missing, and to the thousands of Japanese displaced by the unimaginable effects of this disaster.
Tragedies of this magnitude, triggering tsunami warnings across the entire Pacific and numerous other countries, underscore the importance of like-minded states collaborating in the vital area of disaster mitigation and preparedness.
The Japanese Government has been and continues to be a valued partner of the Caribbean Community, and the Community stands in solidarity with the Government and People of Japan and affirms its confidence that the courage and resilience of the Japanese people will enable your country to overcome these most trying times.” 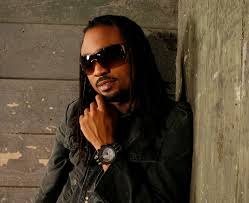 LAUGHTER erupted in the courtroom of Port-of-Spain Magistrate Maureen Baboolal-Gafoor yesterday as Soca Monarch Machel Montano demonstrated twice, in the witness box, how Helen Ganga wined on him in the Zen Night Club on the day he is alleged to have assaulted Russell Pollonais.

Montano yesterday continued his testimony in the Seventh Court as he was cross-examined by attorney Keith Scotland who is representing songwriter and producer Kernel Roberts, son of deceased Calypso legend Aldwyn “Kitchener” Roberts.

Montano and Roberts, along with Joel “Zan” Fezeck and 2011 Young Kings’ Rodney “Benjai” Le Blanc are accused of assaulting Pollonais and Brandis Brown during a fracas outside the club on April 26, 2007. Montano, 36, is also charged with assaulting Janelle Lee Chee and Gerard Bowrin and for using obscene language.

Questioned by Scotland as to whether he (Montano) had seen Roberts involved in the fracas, Montano denied this as he answered that he had not, nor had he seen Roberts near the scene of the alleged incident.

Asked to demonstrate how Ganga wined on him, Montano re-enacted how he was first approached from behind by Ganga who held onto him and danced, while in the second instance, he cocked back his buttocks and began gyrating. Loud laughter erupted at Montano’s impromptu performance in the witness box. An attorneys said, “Like she didn’t know she could get charge for wining like that!”

When order was restored, attorney Larry Williams who is representing Fezeck indicated he would reserve his cross-examination of Montano. Meanwhile, state counsel George Busby appeared frustrated at times as he accused Montano of being “evasive and refusing to answer the question.”

Busby, on several occasions, repeated questions to Montano demanding to know if Roberts was part of the HD family and band, which in turn prompted Montano’s attorney Dana Seetahal SC to object to Busby’s tone and relevance of questioning.

Replying that Roberts “was part of the HD band”, Montano’s attorney later accused Busby of “bullying” the witness. As the matter was adjourned shortly thereafter, the court heard that cross-examination of Montano will continue on March 21, as he is due to leave the country on March 24 for his concert in Madison Square Garden which is scheduled for March 25.

On Thursday, in his evidence in chief, Montano denied any involvement in the fight outside Zen, and claimed the first time he ever saw Russell Pollonais was when he (Montano) saw Pollonais lying on the road outside the club.